Where do Sheep Originate From? Are There Still Wild Sheep Somewhere?

We all know about the sheep. But do you know about their origin? Have you ever thought when they came into existence? The answer might be no. Many of us do not have any idea about the origin and development of the sheep such as how they came into existence, when and how they first domesticated by the human and what was the initial purpose of the domestication. You might be thinking is there any wild sheep somewhere in the world. If yes, then go through this article to know the past, present, and future of the sheep.

Sheep is known as one of the first species that was domesticated by the humans. Their domestication was started with the beginning of the human life and human society, especially when humans started to live in a society and it started around the 10,000 BC. When it comes to the origin, it is believed that sheep were originated in Eurasia. In the initial period, the sheep were domesticated with the purpose of meat, milk, and skin, but later, sheep breeds with more wool were bred by the Persians for the business purposes. Though they had their origin in the Eurasia, but after a period of the time, they have spread all over the world and now you can notice their presence in almost every corner of the world. Currently, there are more than two hundred distinct breeds of the sheep. And many of them are mostly used for the wool.

Origin of the sheep

Sheep are descendants of the wild mouflon of the Asia and Europe. It is one of the earliest animals that were used for the agricultural purposes in the ancient times. In addition to the agriculture, they were also raised for the fleece, milk, and meat. But gradually, they became popular for their wool. Sheep husbandry is practiced throughout the world. In the current conditions, Australia, British Isles, South America, and New Zealand are associated with the sheep production.

Are there still wild sheep somewhere?

Sheep are the descendants of the wild Mouflon, Argali, and Urial. It is believed that wild sheep still exist in the Asiatic mouflon, in the mountains of the southern Iran, and Asia Minor and you can find the wild European Mouflon on the Islands of the Corsica and Sardinia.

In the USA, you can find Bighorn sheep; this is also called wild sheep. You might notice some difference in their look as their hair is relatively less from the old wild sheep. The reason might be that the hair is short as the environment is not suitable for the long hairs.

Sheep has been a key animal in the history of the farming since ancient times. As mentioned earlier, this was the first animal that was domesticated by the humans. Hence, they are related to the humans since the beginning. With the passage of the time, sheep are being widely used for the wools and even the developed countries are showing interest in sheep production. Sheep are also used for the religious purposes. Both in the past and modern times, these animals are used as sacrificial animals.

This post brought to you by this amazing knee pain treatment center.  Thank you for your support of our site! 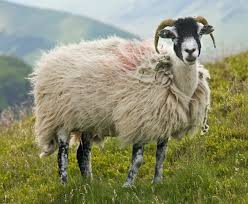